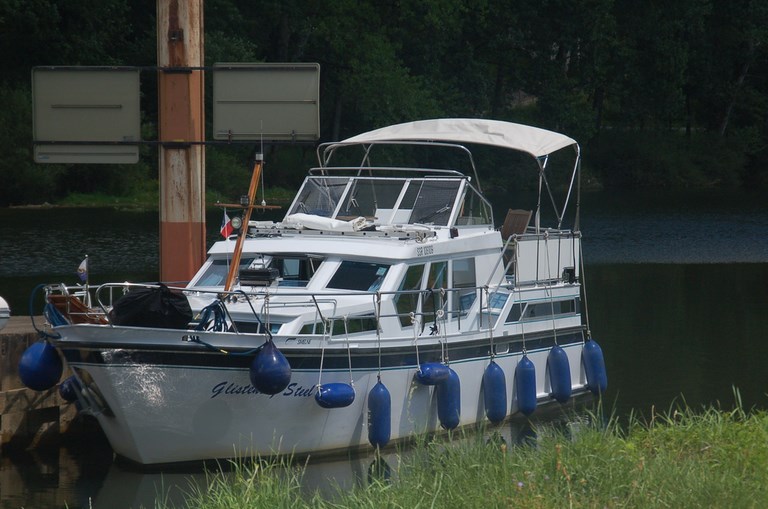 Shimmering Steel is well maintained and is fully equipped for cruising the Thames. There are two helm positions, one in the saloon and one on the raised aft deck. The aft deck has a fully fitted canopy which provides effective weather protection but is easily folded away in good weather.

There are four permanent berths - two singles in the forward cabin and a double in the aft cabin. The galley dinette and saloon settee provide an additional three berths if required.

Excellent soundproofing means that engine noise is minimal, and the large picture windows mean that the saloon and galley are very bright and airy.

Regular maintenance means that problems are rare, but in the event of trouble the syndicate has a subscription with River Canal Rescue which provides a 24 hour breakdown service. 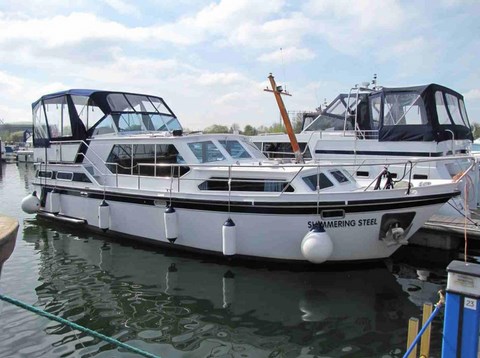 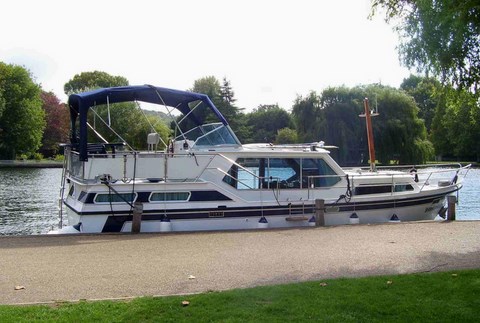 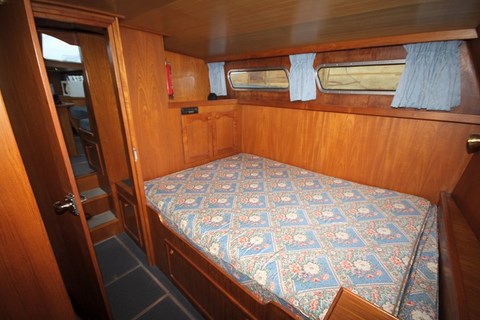 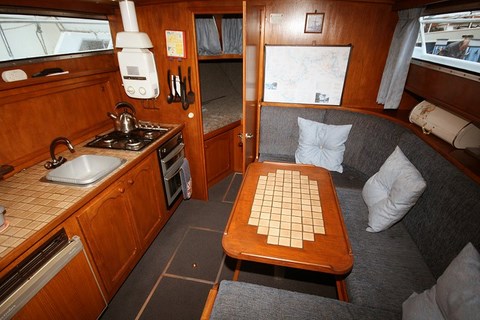 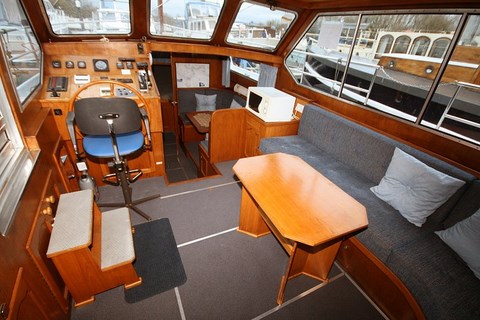 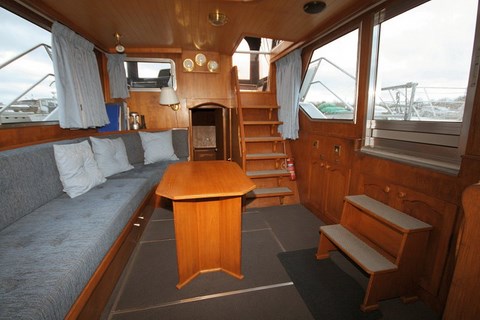 Each owner has title to a 12.5% share of Shimmering Steel and becomes a member of the management syndicate. Shimmering Steel was originally managed by a commercial boat share company, but has been managed privately by the eight owners since 2008. This works very well, and represents a significant cost saving.
Regular maintenance is contracted out to a marine engineer based near the marina. Other work is carried out either by the owners or other professionals as necessary. There is an AGM each November where the owners get together to discuss plans for the next year and to agree on any additional maintenance or upgrades.
Recent upgrades include:
- Larger replacement fridge fitted 2018
- Renew anti-slip paint on all deck areas 2016
- New deck paint 2016
- All new upholstery 2015
- Refurbished bow thruster 2014
- Partial rewire and upgraded electrical system 2013
- Full canopy for aft deck 2011
- Repaint hull and superstructure 2008
There are eight shares, with each owner being entitled to four weeks use per year between March and October. Weeks are allocated on a rota system with the starting position being rotated each year, and each owner having one week in every eight. For instance the owner having the first week in this season would have weeks 1, 9, 17, 25 and next year would have weeks 2, 10, 18, 26.
The advantages of this system are that everyone knows years in advance when their weeks are, and over time every owner gets to have the use of each of the 32 weeks in the season. Owners are free to swap weeks by negotiation, generally at the AGM. For instance it is often possible to arrange to take two weeks together rather than having them all spaced out at seven week intervals.
Changeover days are Fridays, and owners are expected to leave the boat thoroughly cleaned inside and out. Most use a cleaning company based at the marina for this rather than do it themselves, but this is optional.
For more details see www.shimmeringsteel.co.uk