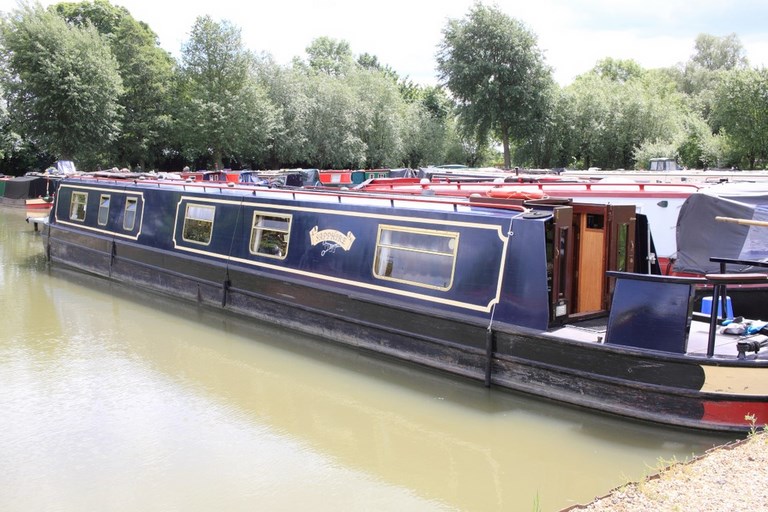 Starting at the rear is the cruiser stern, under which the engine is located.

Entering the rear saloon cabin, either side of the steps there storage lockers and TV/DVD/radio. There are two single armchairs which convert to single beds. There then follows wardrobe storage and a solid fuel burner before reaching the dinette, which converts to a double bed (seating cushions refurbished 2017).

Next is the galley, which has: fridge with ice box; full sink and draining board with running hot water and filtered drinking water; gas hob, grill and oven; new microwave 2016; fully equipped with pots, pans, cutlery and crockery for which there is ample storage.

A corridor then leads to a shower room with sink, razor socket and pump out toilet.

A second toilet and sink is situated in the next room adjacent, which in night-time configures to an en-suite to the front cabin bedroom. This is a cassette style toilet with a spare storage tank also kept on board.

The front cabin has a large double bed and wardrobe.

Double doors lead to outside seating area at the front, where gas bottle storage lockers are also located.

There is gas central heating throughout. All radiators new and boiler stripped and fully refurbished in 2017. 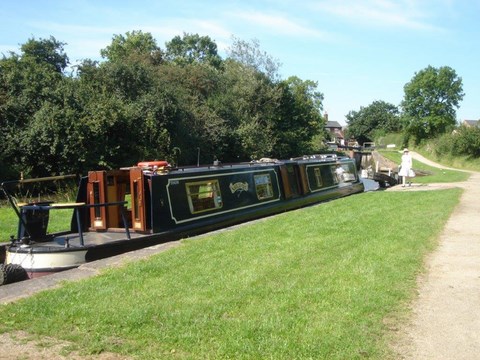 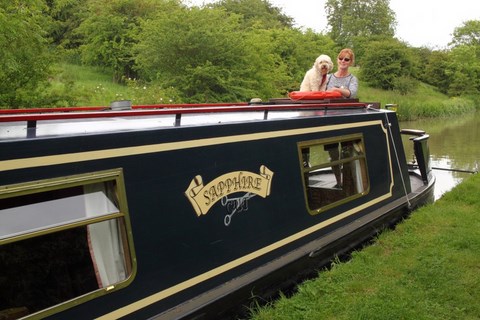 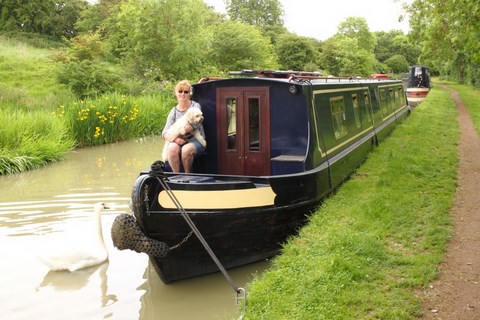 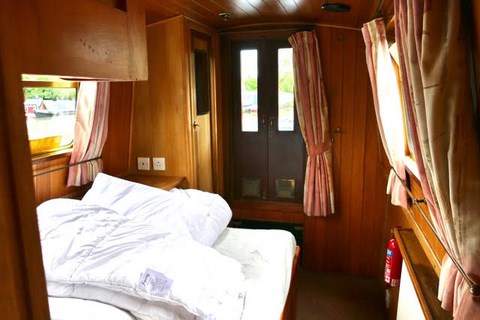 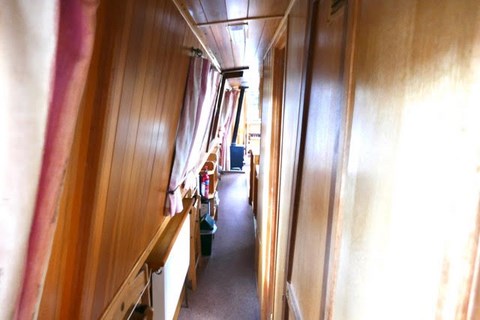 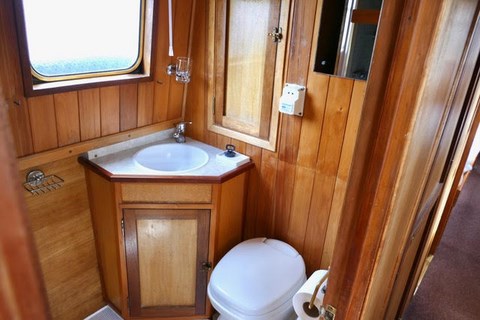 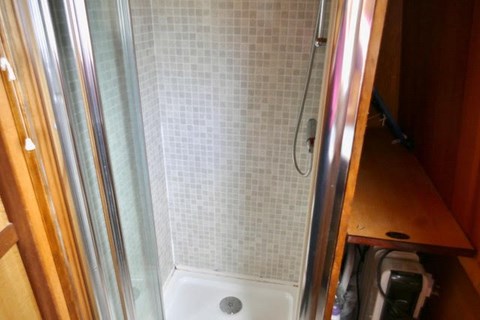 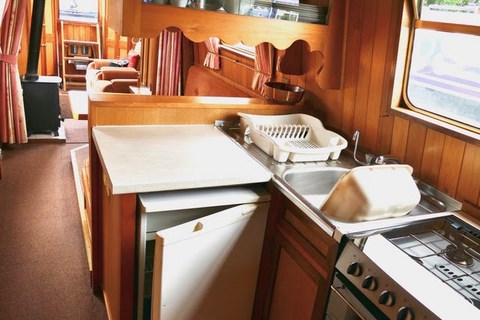 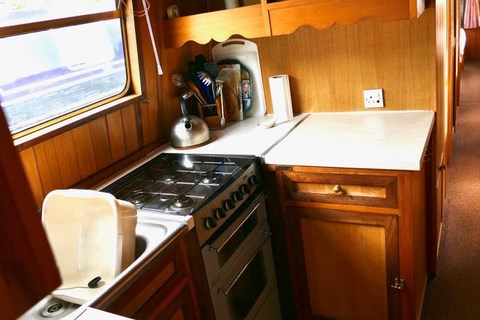 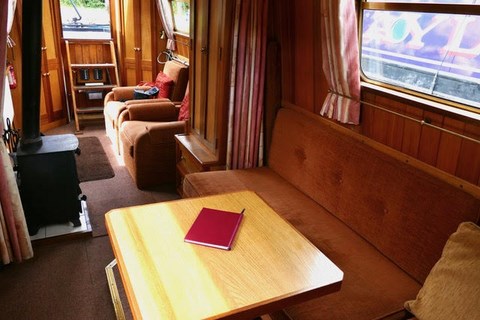 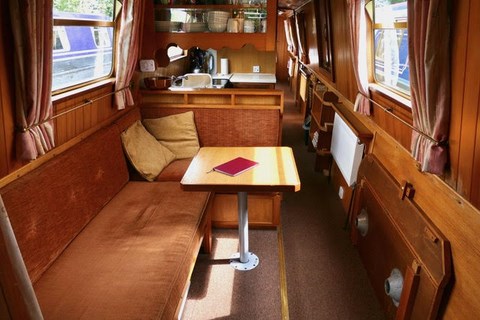 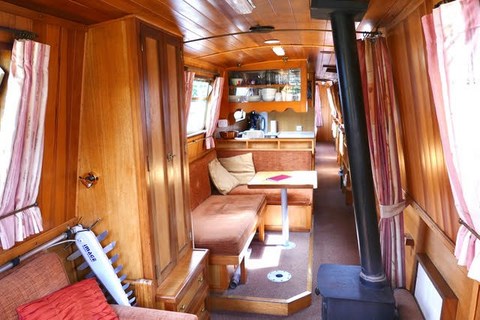 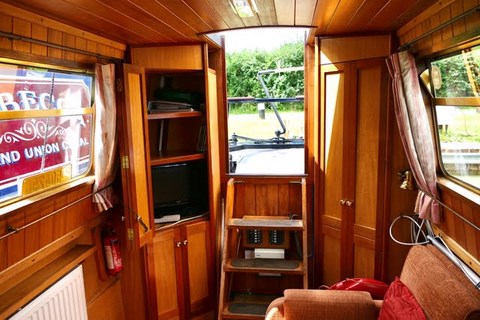 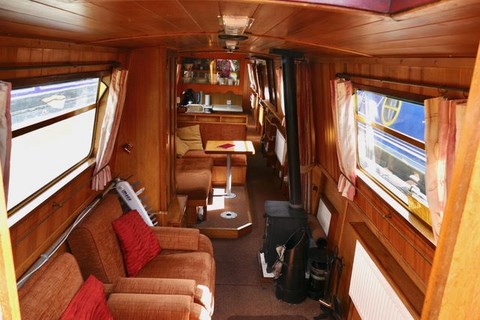 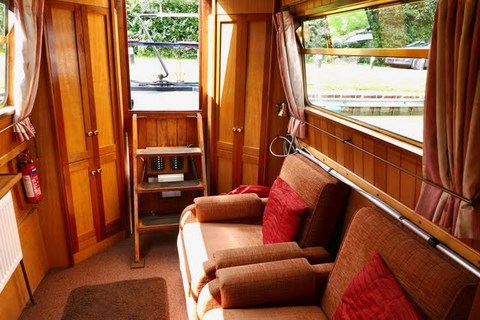 Sapphire Cut is well maintained and kept in good order.

Share owners elected to move from using a paid management company to become privately managed. This has proved to be highly successful and enables increased funds for the boat to still be kept to a high standard.

Locating the boat at Welton Hythe enables a wide choice of cruising destinations. The Marina itself is an extremely pleasant and relaxed location to begin your holiday.

Share owners have an informal meeting in March and a formal AGM in November of each year.

There is an appointed chairman, treasurer and person(s) in charge of maintenance. Monthly balance sheets are sent out by the treasurer, to enable full transparency of money coming in and going out.

Individual share owners pay for pump-out (if pump-out toilet used as well as or instead of cassette toilet), refilling of diesel fuel, coal and replacement of gas bottle (if runs out) during each holiday.

We have been in shared ownership for five years and have had canal holidays for over thirty years. The syndicate are supportive and helpful. We meet twice a year and have made good friendships.