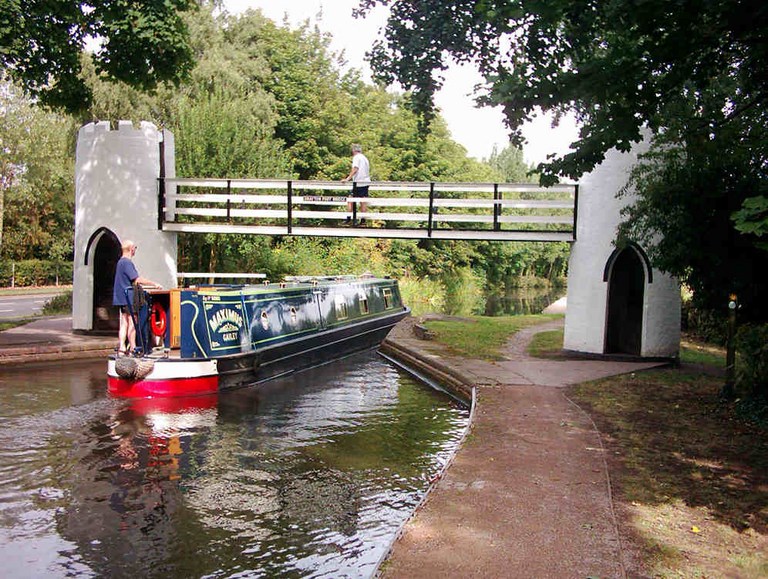 The inside is fitted out in the clean, modern style in light oak.

At the bow there is a gas locker containing three 13kg Calor propane bottles, two of which are connected to an auto-change regulator.

The fore deck has an anchor locker plus two moveable storage lockers (one on each side) with a 675 litre stainless steel water tank underneath.

Double steel doors lead to an open plan vinyl floored saloon, with a Puffin stove to starboard and a cupboard with colour TV, DVD and CD/radio to port. There are 2 chairs (that convert to beds), 1 storage footstool and a gate-leg table that stores 4 folding chairs.

The vinyl flooring continues through the galley, with a sink and drainer to starboard and a Lec 12 Volt fridge and Stoves hob and oven to port; with a good run of countertop and open shelves on one side. 2 more folding chairs store upright under the counter next to the open shelves.

The middle cabin has 2 single berths which can convert to one double bed. Wardrobe and a shelf over the port bed with reading lights. Storage under the beds.

The shower room has a hip bath with power shower over, a sink with storage under, a Mansfield Traveller pumpout toilet with 40 gallon holding tank and an Alde boiler for the central heating and hot water. Storage cabinet with mirrors over sink.

The main bedroom has four portholes, a fixed 4ft double bed with pocketed-spring mattress. Storage under the bed which can extend to 4'6". There is a wardrobe at the back, plus airing cupboard and a coats/utility area on port side of centre steps to the back deck.

The semi trad rear deck is equipped with rear doors and a tonneau cover for warmth and privacy, also two stools and the engine controls.

The Shire 2000 40hp diesel engine is in a soundproofed compartment under the back deck. It is fitted with a two-stage hospital silencer as well as two alternators (80 & 40A). The 12V electrical system is supplied by a 440 AHr domestic battery with an independent 110 AHr starter battery.

There is a mains charger for the domestic batteries which are monitored by a Voltwatch system. 240 V mains is supplied by a 850W Victron Atlas 12/850 inverter, and is distributed to four sockets, one in each cabin.

The gas fired central heating is supplied by an Alde boiler with thermostatically controlled radiators in both cabins and two in the lounge. The hot water tank is to starboard of the rear steps, with an airing cupboardabove.

Hot water is readily available as it is supplied via a choice of an immersion heater, the Alde boiler or the engine heated calorifier which is situated below the airing cupboard in rear cabin.

The galley has crockery and cutlery enough for 6, plus china mugs, glasses and the usual pots and pans, teapot, coffee pot, chopping boards, cutlery etc. 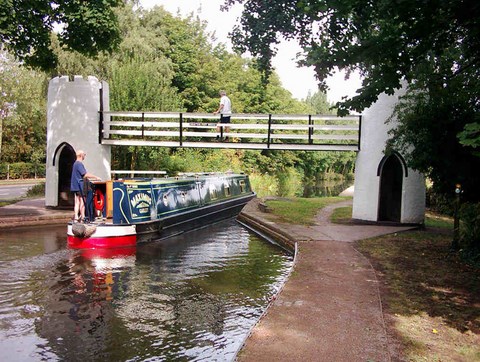 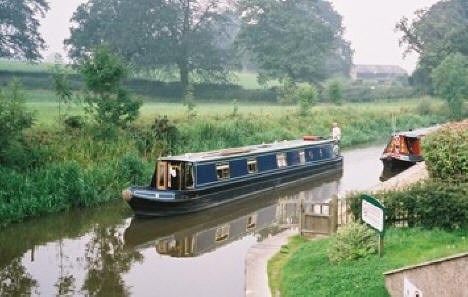 We've owned our share since 2001, having bought it from JD Boats who built Maximus. Over the years we've had lots of great holidays, but now the children have become teenagers, they don't enjoy sharing a small space with their parents and no internet. Maximus has been run as a private group since before we joined, with long term members who know the boat very well. We do a lot of the minor maintenance ourselves.

Maximus is well looked after, and when we need to replace something we have the funds to do so without needing to make an extra charge.

My share guarantees me the two full weeks that make up the Easter school holiday break each year. BUT the other two weeks I get are dealt with by one of the committee. Everyone puts in what they would like, and he tries to give everyone what they ask for, and people are generally reasonable about accepting his decision. But no share has any priority over any other in that.

(N.B. There is one share which is guaranteed the October half term week, so that week is never available to me.)

If you cannot find a share to suit please joing our mailing list and be amongst the first to be advised when new shares come up for sale.