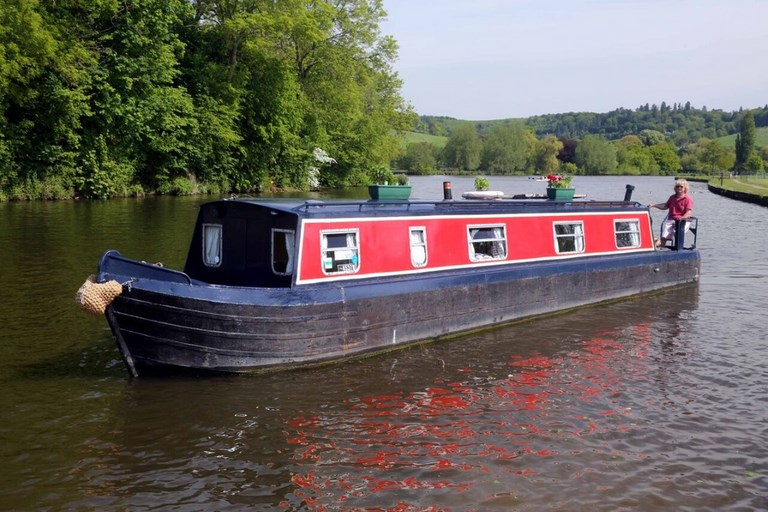 The boat is a cruiser-stern style, with a rear deck large enough for a small table and chairs (when not cruising!).

Then steps down to the galley, with sink, cupboards, gas oven/hob, and gas water heater supplying the sink, then on to a small dining area where the 4-seater table converts to a double bunk.  This area is very warm in winter with a wood burning stove and a gas heater.
On to the middle of the boat where there are four single bunks, then loo, shower, wash basin and then another small convertible double bunk at the bow.

The boat is fully compliant with all the necessary regulations, and is well maintained. The bottom is blacked every two years. 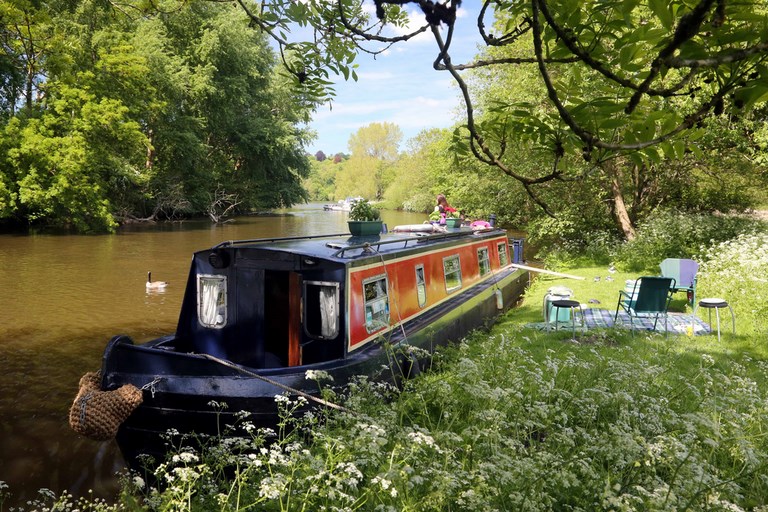 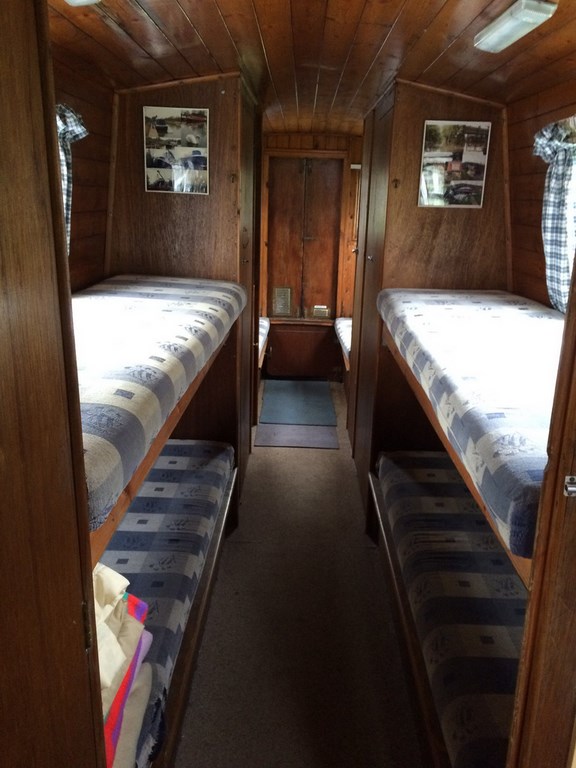 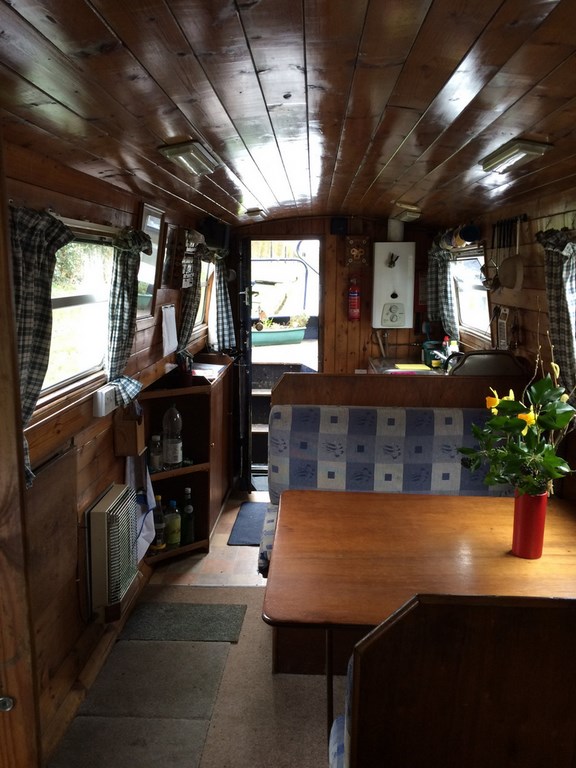 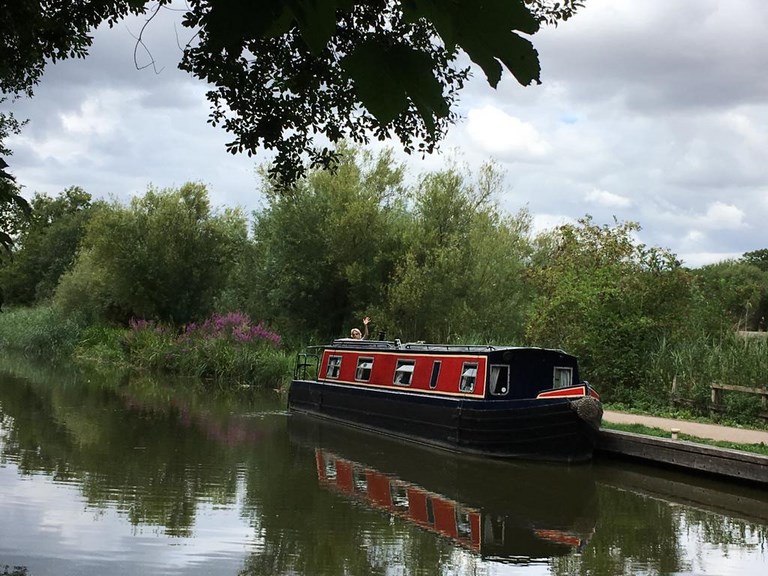 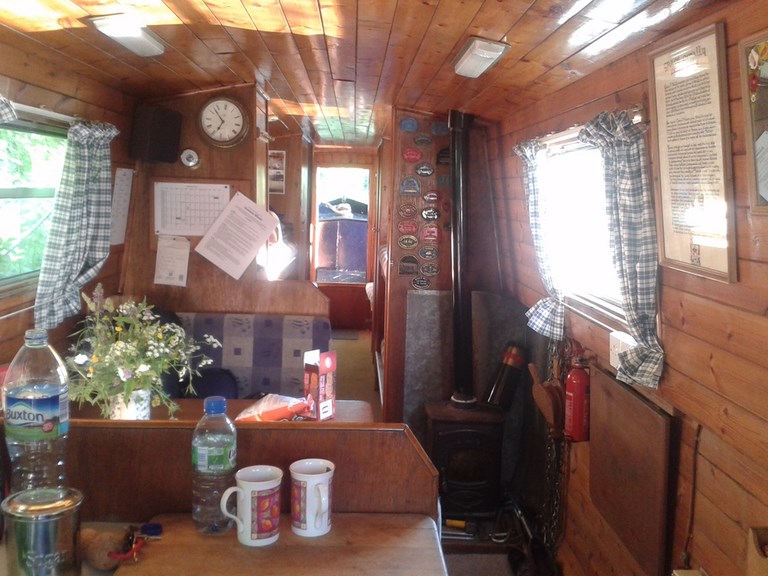 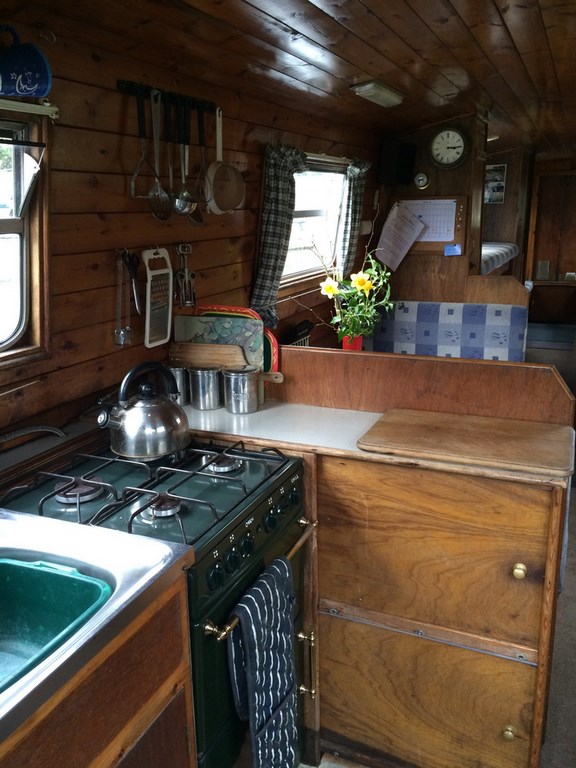 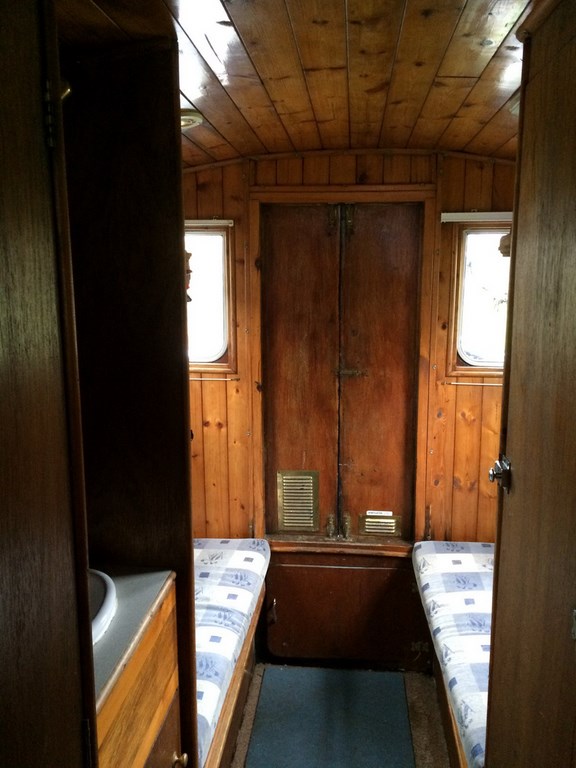 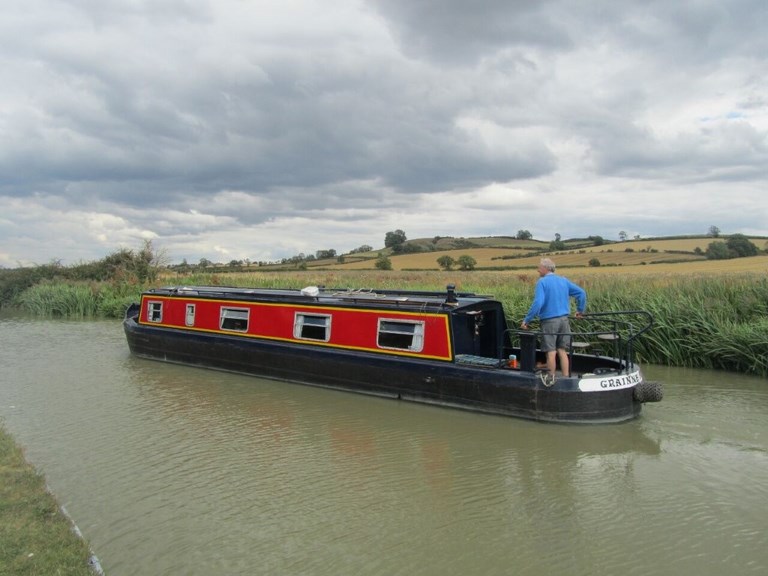 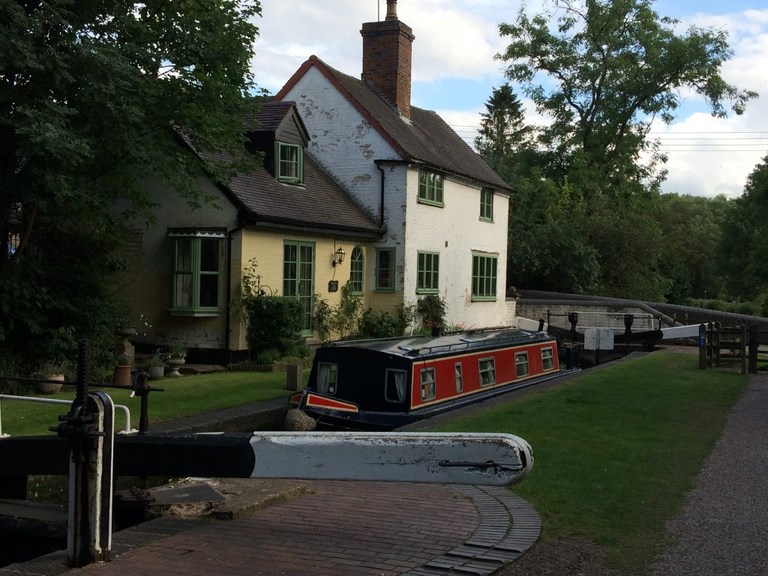 This is a lovely boat - wonderful in the summer and cosy in the colder months around the wood burner.   Great for a couple, family, or a group of friends.

We are a friendly bunch, mostly in our 60's, who get together 2 or 3 times a year, not only to "pitch-in" on maintenance works (we have a "working weekend" each year, where we get together to do the non-specialist work such as cleaning/painting/minor maintenance), but we have an annual "committee" meeting at somebody's house to discuss and agree the plans/routes for the following year, followed by dinner and a few drinks.

We have a "continual cruising licence" so we need to move the boat every two weeks.  Each year we vote on where we go the following year. (Last year we went on the River Nene, in 2018 were on the K&A, 2017: Oxford Canal, Grand Union, R.Thames, R. Wey then K&A.  2016: Oxford Canal, G.Union, R. Avon, R.Severn and around Birmingham).

We usually pay for winter mooring for 3 winter months: Dec to Feb.  Sometimes this is on the K&A, but often on the Oxford Canal near Lower Heyford.

At the last survey (May 2018) the surveyor told us it was "one of the best Springers he's ever seen".