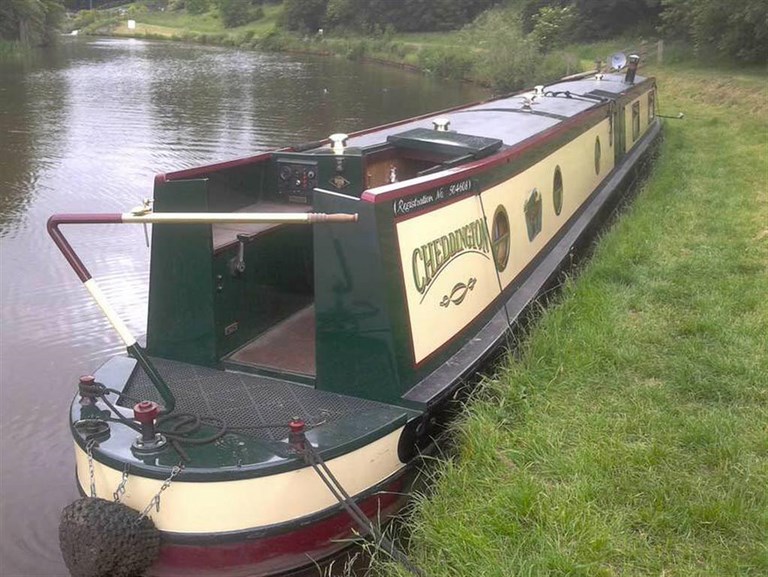 Cheddington has a Graham Reeves hull and a  John Milburn fit-out.Cheddington has a semi-trad rear deck with room for the steerer plus two and contains lockers with gas bottles, windlasses, mooring pins etc. Moveable deck boards give access to the engine bay, weed hatch and batteries.

Steps down (over the 240v inverter) lead to an en-suite (pump-out loo and wash basin) with useful hanging and cupboard storage and the master bedroom with double bed (extendable to 5’), storage beneath, cupboards above and a full height wardrobe.

Beyond the privacy door is the gas central heating boiler (concealed by the opened door) and the bathroom to the left with corner bath, shower and full width mirror, radiator, wash basin, pump-out loo, storage and extractor fan.

Next comes the galley which has a good area of worktop, numerous cupboards, oven/grill, fridge, microwave and ceiling extractor fan. A glass-fronted see-through cabinet is also fixed to the ceiling and an opening hatch prevents overheated cooks on fine days and has proved to be the best place to feed the ducks.

Moving further towards the sharp end is the dinette, an L-shaped settee around an extendable table which is easily convertible to a double bed with further storage beneath.

The saloon has 2 large comfortable armchairs which convert to beds and a ‘modesty’ curtain. There is a flat-screen Freeview TV with DVD (new in 2014), freesat box and dish, radio and, for additional heating, a solid fuel stove. This area also has a full height wardrobe and drawer space.

The folding French-window style doors lead to the well deck which has a large seating area and three lockers for hoses, coal, mops etc. and the brass water tank filler cap. 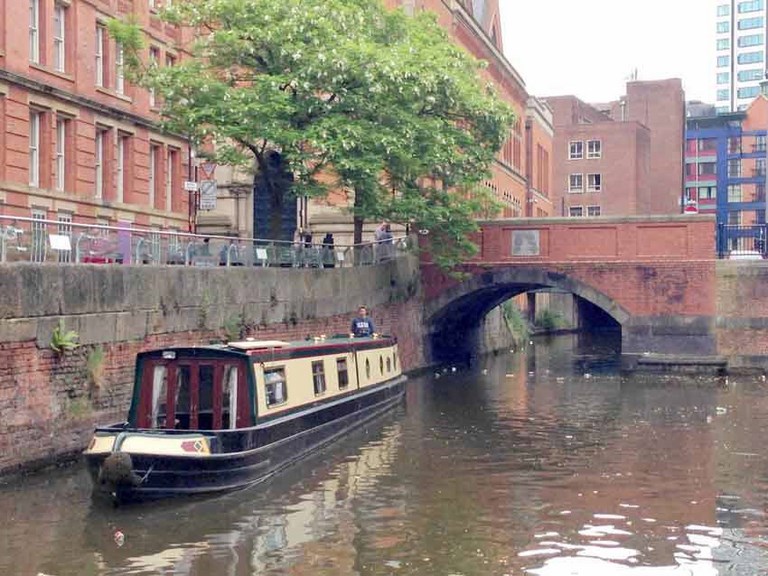 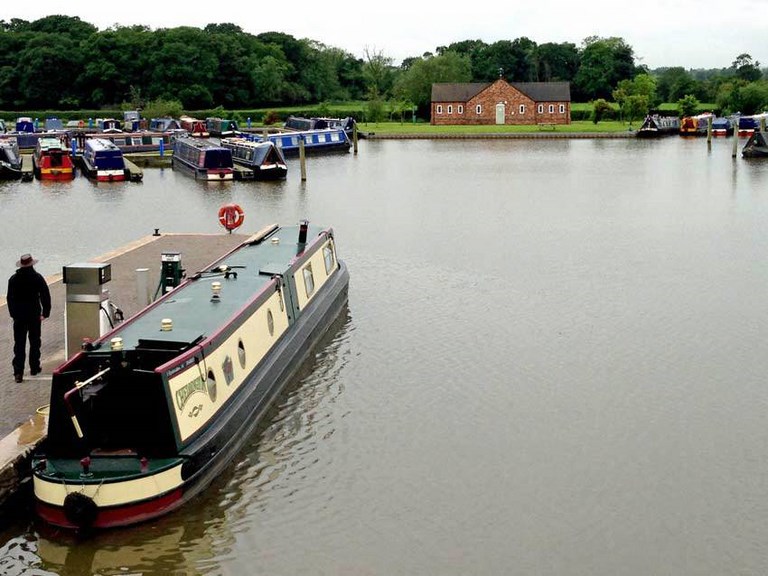 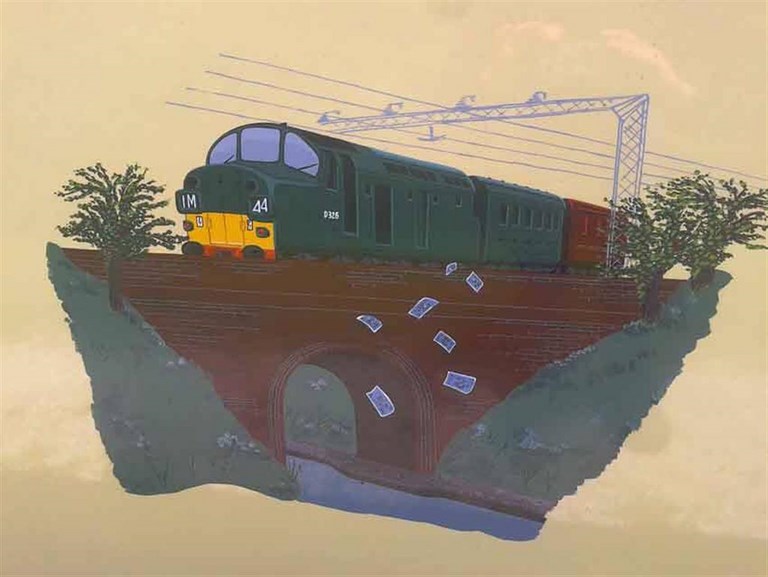 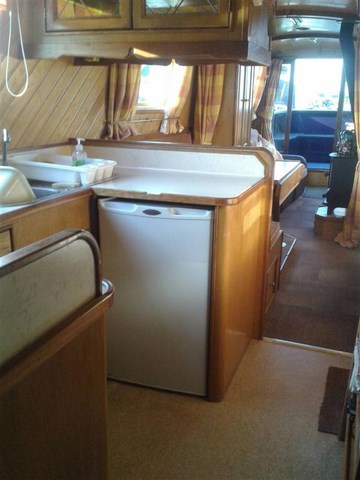 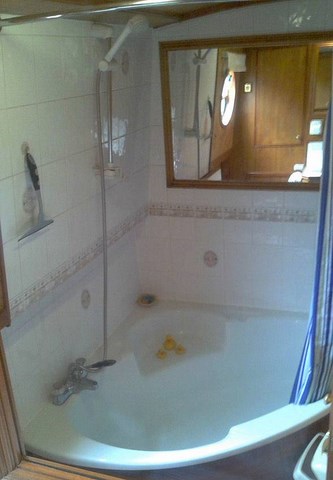 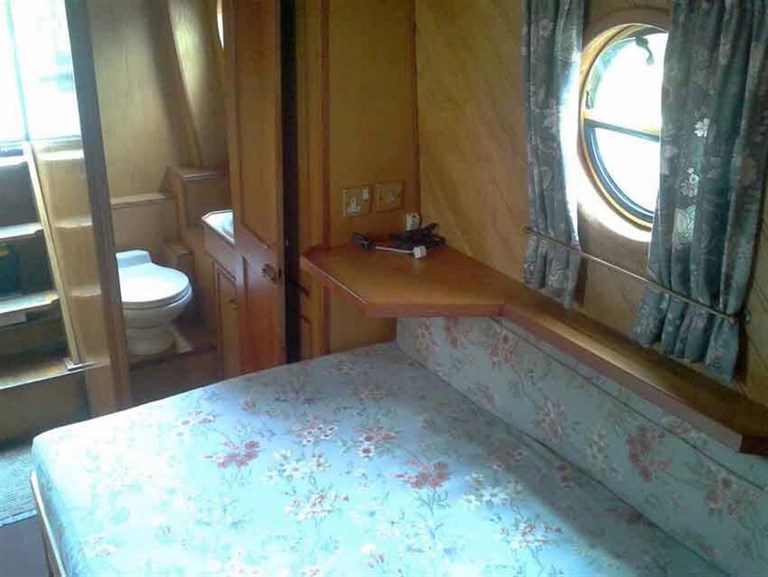 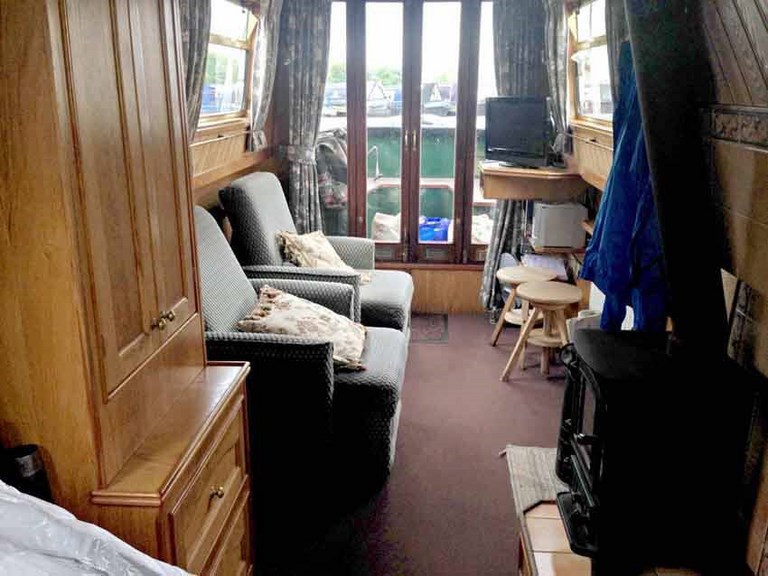 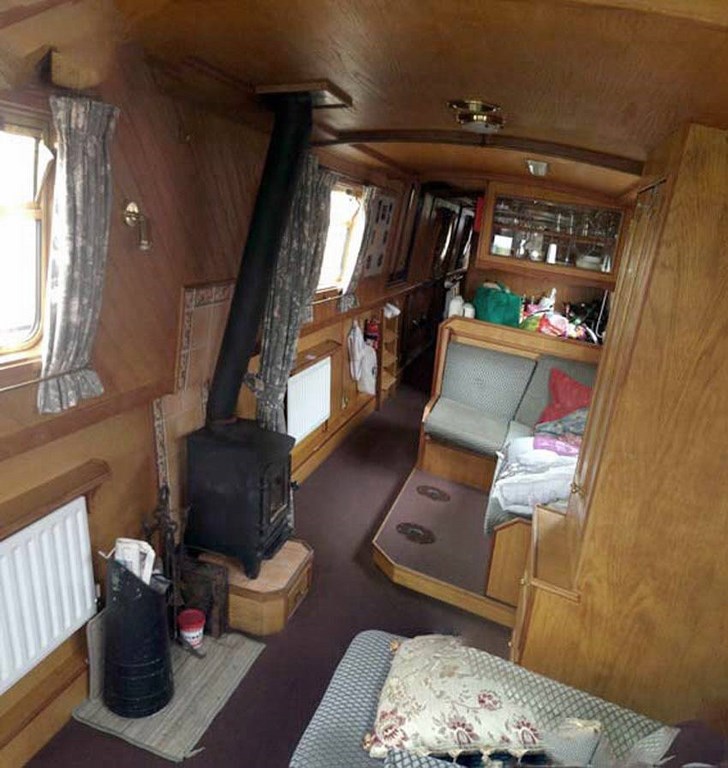 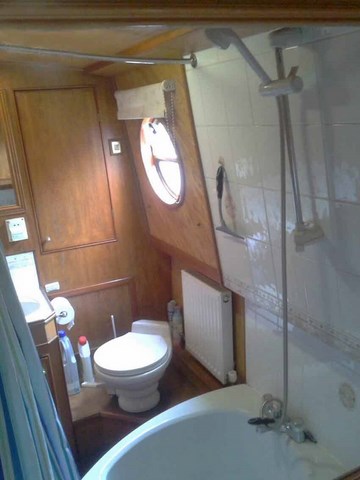 Cheddington is semi-trad narrow boat in fine order throughout. She was completely re-painted in January 2014 by Sally Tooze of Willow Boat Painting ( http://www.willowboats.co.uk  where you can see more pictures of Cheddington). In March of 2014 a new BetaMarine 43 engine with PRM150 D2 gearbox and Python drive were installed by the engineers at Swanley Bridge marina
( http://www.swanleybridgemarina.com ) and the whole drive train and propeller assembly re-engineered for peak efficiency. This has resulted in an extremely smooth and manoeuvrable boat that is a pleasure to steer. The mechanical upgrades come with a five year warranty which should keep routine maintenance costs to a minimum.

The distinctive artwork on each side always invites comment and is a good conversation starter. The Buckinghamshire village of Cheddington was the scene of the Great Train Robbery, which is also sometimes referred to as the ‘Cheddington Mail Van Raid’. The picture (re-created after the original during last winter’s re-paint) certainly seems to stick in fellow boaters’ memories and ‘Ched’ is quite famous on the waterways as a result.

The syndicate of owners is self-managed and extremely friendly and efficient, the management is organised with a chairman, secretary, treasure and maintenance supervisor.

There is a dedicated website service for news and general discussion, and all owners gather in the autumn for lunch followed by an AGM. The AGM gives everyone a voice as to the running of the boat. There is a comprehensive Syndicate Agreement and procedure for transfer of share ownership.

We have owned our share since 2008 and have taken our 3 week holidays every year since then.